Recently I stumbled upon an odd but thrilling little publication from 1966 called Astronauts of Inner-Space: An International Collection of Avant-Garde Activity which includes – according to the front cover –  17 manifestoes, articles, letters, 28 poems and 1 filmscript. The collection is so astounding that I had to make a pdf of it – available here, if you’re interested. And why should you be interested? Because it documents a rare moment when media theorists such as Marshall McLuhan are not just influencing but are actively in dialogue with artists, painters, poets, filmmakers, from the avant-garde of the early 20th century to the mid-1960s.

Look at the table of contents and you’ll see that McLuhan’s piece, “Culture and Technology,” is nestled among contributions by pioneers of Dada such as Rauol Hausmann to pioneers of computer generated poetry Max Bense and Margaret Masterman; it’s also included along with essays and poems by “typescape” poets Franz Mon and Dom Sylvester Houedard, work by cut-up master William Burroughs, and even the more bookbound Robert Creeley.

In this single collection, we not only get a sense of McLuhan as engaged with poetics but we see the poets as writing thoroughly activist media poems. They are even activist in the sense that McLuhan was imagining when he wrote in his Astronauts of Inner-Space contribution that “…if politics is the art of the possible, its scope must now, in the electric age, include the shaping and programming of the entire sensory environment as a luminous work of art.” Politics as art and poetry; art and poetry as politics. 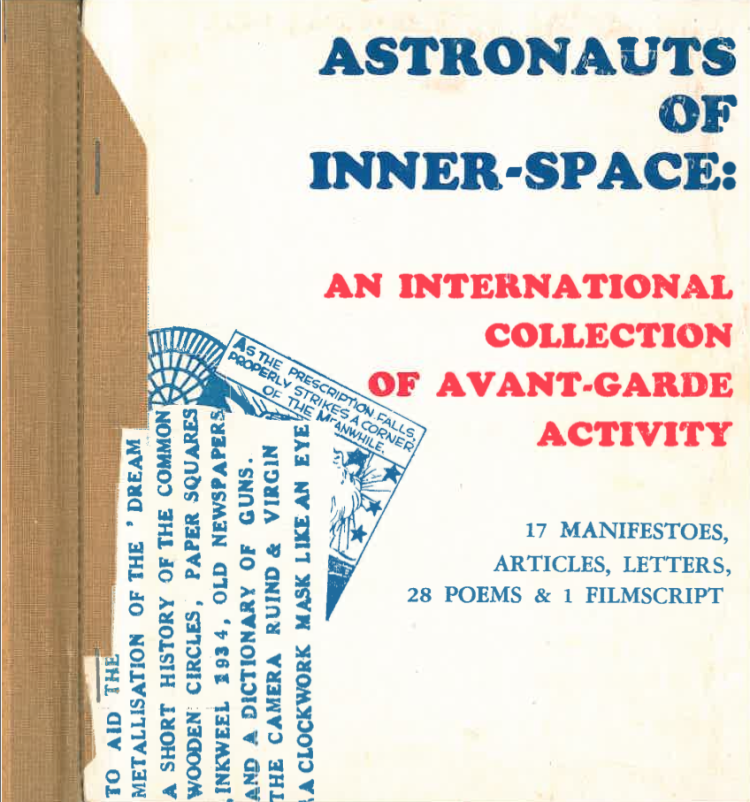 12 thoughts on “Marshall McLuhan and the Avant-Garde”