In August 1967 bpNichol published the last (and eighth) issue of the first series of grOnk magazine; this issue features the almost entirely non-textual, visual, comic-book-like, frames-within-frames structure of “Scraptures: Sequence Eleven.” (This work is already available on bpnichol.ca.)

The second series of grOnk was begun in September 1968 and the issues for this series were published irregularly. The fourth issue of the second series features Barbara O’Connelly’s “THERE WERE DREAMS.” The cover is a sheet of 17 x 22″ cream card-stock folded in half; inside are seven individual sheets of cream 8.5 x 11 paper stapled together. Curiously: while the first couple issues of the series were published in 1968, this work by Connelly was printed at Ganglia Press in July 1967. “THERE WERE DREAMS” is a lovely exploration of concrete poetry as a hand-drawn, hand-written art that’s resolutely not of the machinic. 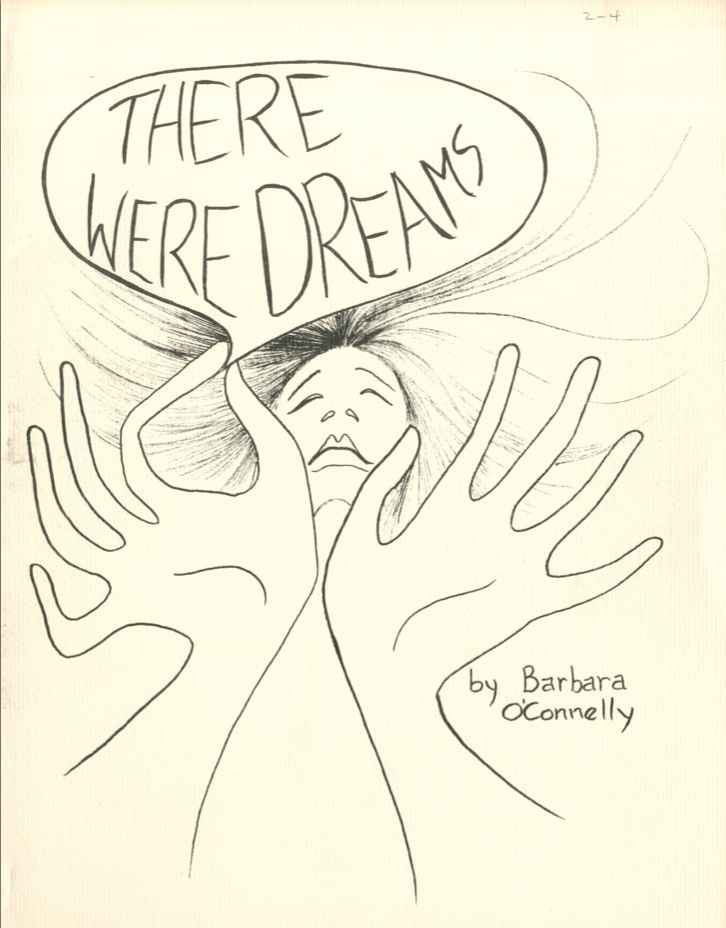 The fifth issue of grOnk features Nichol’s “The Captain Poetry Poems,” published by Bill Bissett’s Blew Ointment Press and later incorporated into grOnk magazine in 1970. (This work is already available on bpnichol.ca.)

Another publishing curiosity: the sixth issue of the second series was published in 1969, a year earlier than the fifth issue, and featured John Riddell’s “POPE LEO: EL ELOPE” with drawings by bpNichol. This is an early but fascinating work by the Toronto-based John Riddell (whom I’ve written already about here) that is a anagrammatic exploration of the language possibilities inherent in letters ‘p,’ ‘o,’ ‘l,’ and ‘e’ (hence the sub-title, “a tragedy in four letters”) – sometimes using one of the letters twice, sometimes dropping one, always rearranging. It’s a remarkable meshing together of concrete poetry and combinatorial writing practices. 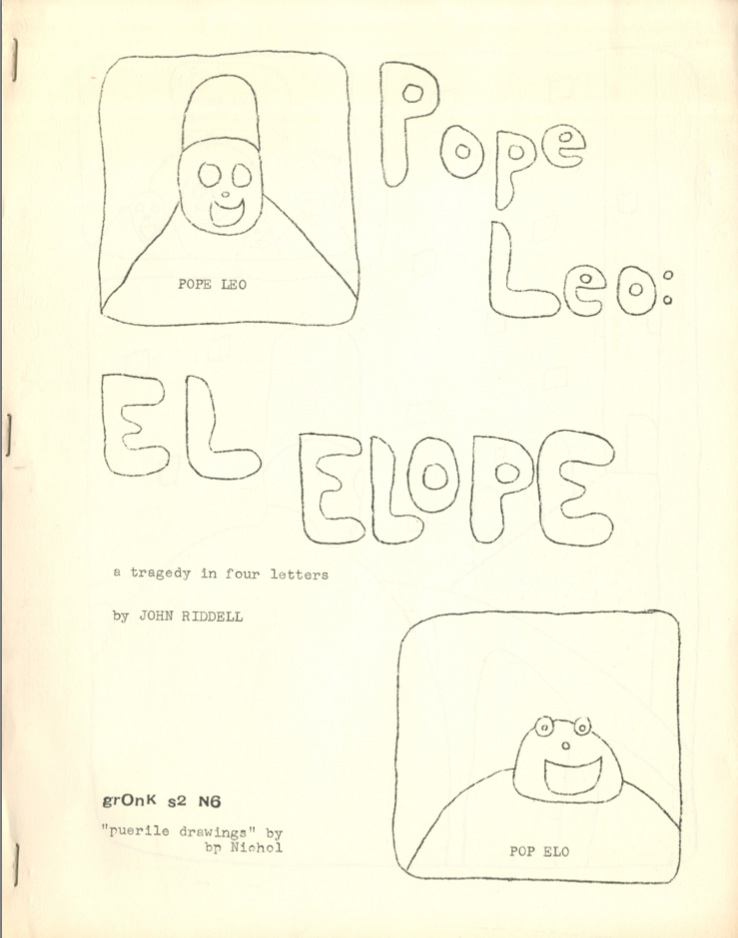