Below are pictures I took of the MIT Media Lab while I was there for a one-week research trip. While I was open to discovering anything unexpected that I could from wandering around the space and from taking a generational approach to interviewing long-time research scientists, full Professors, associate and assistant professors, and the lab’s two Director of Facilities, I was also intent on trying to think through – and experience – the ways in which the design of the place and its infrastructure shape and are shaped by the kinds of projects that are undertaken at the lab. By the end of my week at the lab, I came to realize that this lab – like any lab – is far more complex than any single accounting or even any single approach can account for. The lab is much more like Bruno Latour’s invocation of Heidegger’s notion of a “gathering” or it’s akin to Deleuze and Guattari’s ideas about “assemblage” or Karen Barad’s notion of “entanglement” or even Walter Benjamin’s notion of a “constellation.” The lab contains archaeological layers of equipment, of renovations, of ideas and ideologies, as well as ruptures and disruptions to the design of the space and to some of the lab’s founding principles. It has become known for a funding model, previously disavowed by higher education institutions, that draws heavily on industry sponsorship – yet it also now draws just as heavily if not more heavily on government and foundation grants. It’s narrow in its notion of creativity yet it’s also wildly inventive. It emphasizes creating, making, doing, demoing, and iterating as necessary first steps for any given project and rejects beginning with extended theorizing – yet it’s not exactly anti-intellectual. It believes in open collaboration and sharing of knowledge, reflected in the primarily glassed-in, open workspace design – yet there are plenty of locked doors and attempts to hack the open space to inject a degree of privacy. How can any single approach account for all this?

I will be writing extensively about the Media Lab in a chapter for the book I’m working on with Darren Wershler and Jussi Parikka called THE LAB BOOK: Situated Practices in Media Studies – the chapter is tentatively titled “Deep Time of the Media Lab, from Machine Shop to Web Lab,” and it will not only look at how the machine shop formed the ground of Edison’s labs at Menlo Park and West Orange (and, surprisingly, the machine shop is also a kind of ground zero for the Media Lab as well) but also how, despite the Media Lab’s claim to newness and the cutting edge, Edison in fact pioneered many of the key tenets of both labs: the use of the lab as a factory for inventions; the decision to rely almost solely on corporate/industry sponsorship; the move to brand the lab as a way to maintain and attract more sponsors; the decision to have the space of the lab as open and flexible as possible to encourage collaboration and a space that can easily be repurposed; the nurturing of a lab culture that is, of course, male-dominated, that does away with the boundaries of a traditional work-day, and that also does away with boundaries between work and play.

Here is an image from Edison’s Menlo Park lab, side-by-side the Media Lab’s machine shop which is, apparently, used heavily by the lab but also disavowed as being “truly” part of the lab: 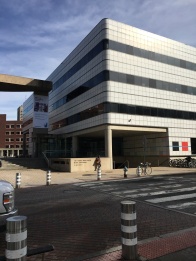 exterior of the old Media Lab building, designed by I.M. Pei and built in 1985. Referred to as E-15 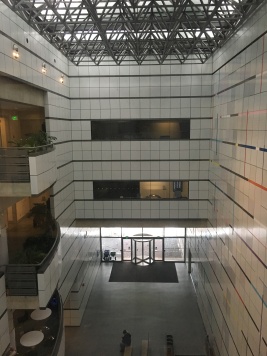 a graduate student crammed in a locked, but fully transparent, corner office

Ethan Zuckerman, Director of the Center for Civic Media, posing with a handwired circuit board he found under the floorboards 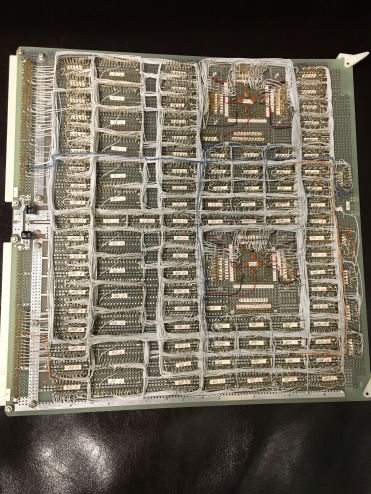 detail of the handwired circuit board

another inherited infrastructural quirk: the door hinge taken off Zuckerman’s office by his predeccessor, Chris Schmandt, who wanted to more fully live the idea of an open workplace

a typical workspace in E-15

red tracks run along the ceiling of certain parts of E-15, harkening back to when it was necessary for those in the Media Lab to cable their own networks

another workspace in E-15

a detail of the Synthetic Neurbiological lab, a true science lab, tucked away in a corner of E-15

the cub is a recurring structure throughout E-14,. but with glass instead of metal railings 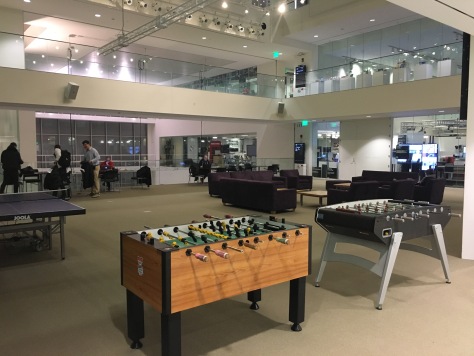 detail of the atrium

the upper levels of E-14 visible from the lobby 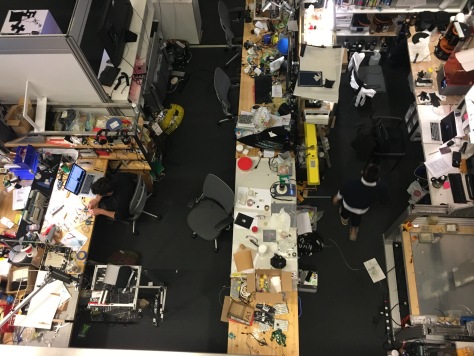 a typical workspace in E-14 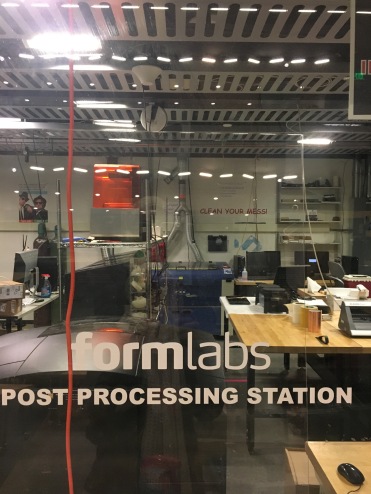 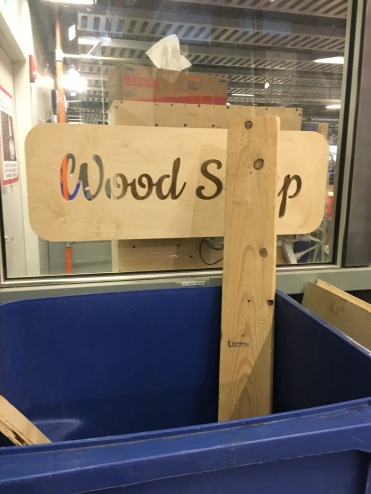 wood shop in the ground level of E-14